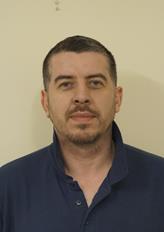 Foreman
Pete joined us at Formrite after completing his education. He has gathered a wealth of knowledge in all aspects of sheet metal work, learning from the ground up as an apprentice. Pete was with us for ten years before he left and joined a large manufacturing company, where he operated industrial presses. His positive and focused attitude to his work allowed him to progress toward a senior role within the management team. Seven years later, Formrite approached Pete with regards to a role in production management, to which he accepted and now fulfils. He has now been our lead production manager for five years and states he is ‘living the dream’.