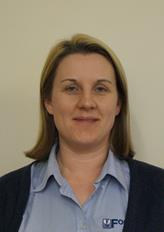 Office Manager
Abbie’s current position at Formrite entails duties including the running and managing of the offices as well as overseeing our Health and Safety. Abbie has worked in similar roles all of her working life, starting off with bookkeeping. She began to work from home as a self-employed bookkeeper in order to care for her newborn twins. She later decided to return to work as an accountant, until her Husband, Gary, asked her to manage the offices here at Formrite.

For the last 20 years, Abbie has been involved in running Rainbows and Guides and is currently running her own Brownies Group in Upton St. Leonards.